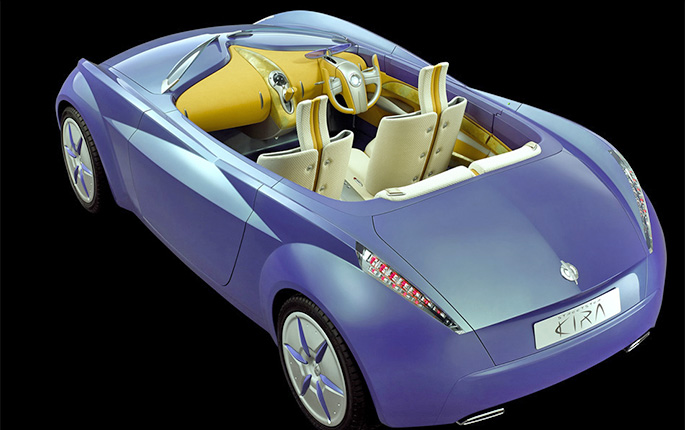 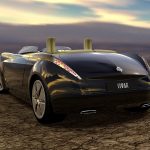 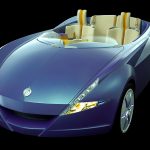 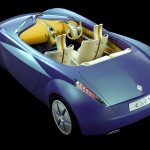 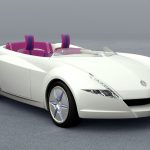 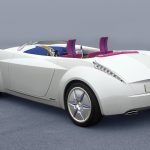 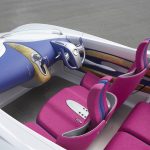 Tokyo is a city where information gathers from all over the world, is reconstructed, and is released from the streets.
We proposed “Tokyo Street,” which we pursued with a neo-Japanesque approach.

This is an attempt to give shape to the sensibilities of the times without being bound by the design styles of the past. The Streetster (not Roadster) “Kira,” which is like a ship that avoids the streets, is an attempt at “automobile design as fashion,” unconstrained by conventional approaches to automobile design.

Rather than seeking the speed of a sports car, it pursues a speed that circumvents the city in a quick and slow manner, similar to street fashion. This was achieved through a styling theme in which fins symbolizing “large undulating waves” were wrapped around the tires. There are also wheels placed at the four corners,     a windshield that looks like sports sunglasses, a center command that looks like a large brooch, and seats that resemble kimono clothing. The design method is based on street fashion, where various materials are freely arranged to form an expressive, artistic product.